Situated between the Santa Barbara foothills and the Santa Ynez mountains in a rock quarry in Montecito, California, the Quarry House went from being a humble 1950s wood cabin to a modern, retreat-like residence designed by AB design studio in collaboration with House of Honey. The property houses two structures, a single-story home and a new guesthouse by the pool – both black and boxy with large expansions of windows. The elongated main house features a long hallway that connects the public space to the primary bedroom suite at the opposite end. 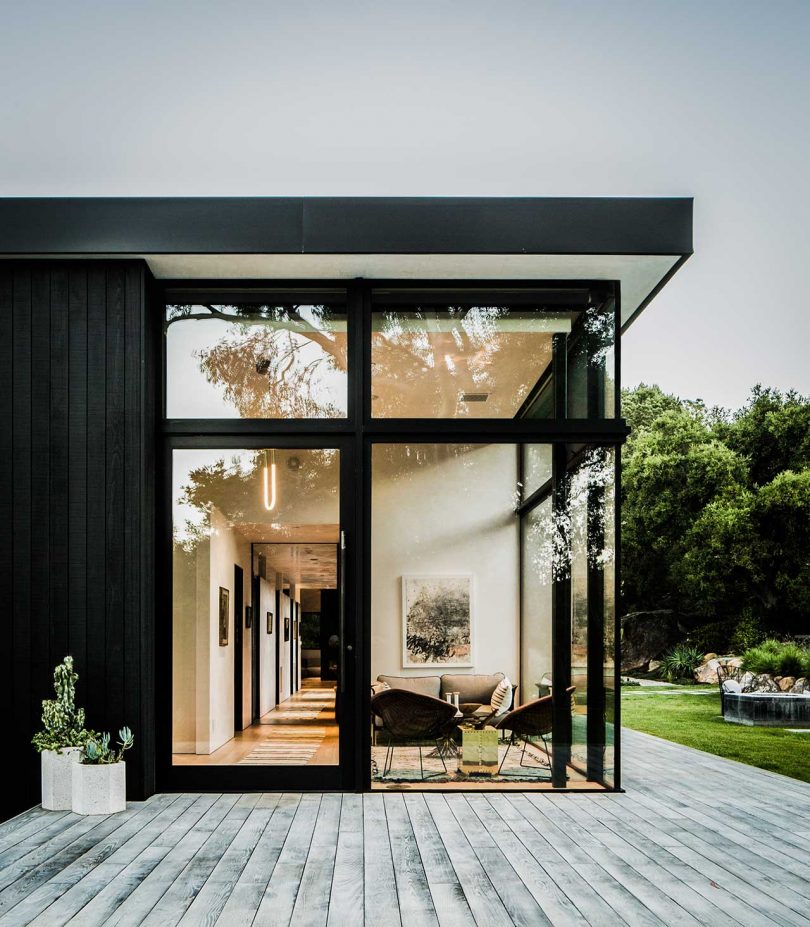 A large wooden deck wraps around all sides of the house creating opportunities for a connected indoor/outdoor lifestyle prominent in California. 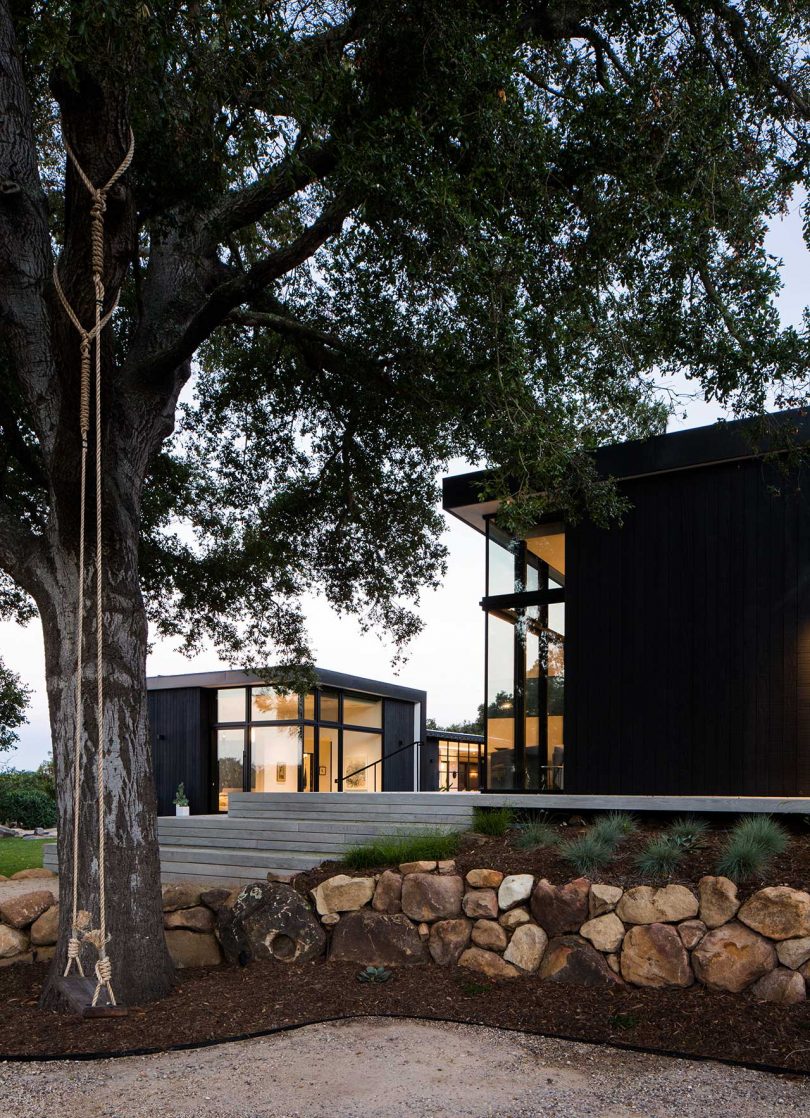 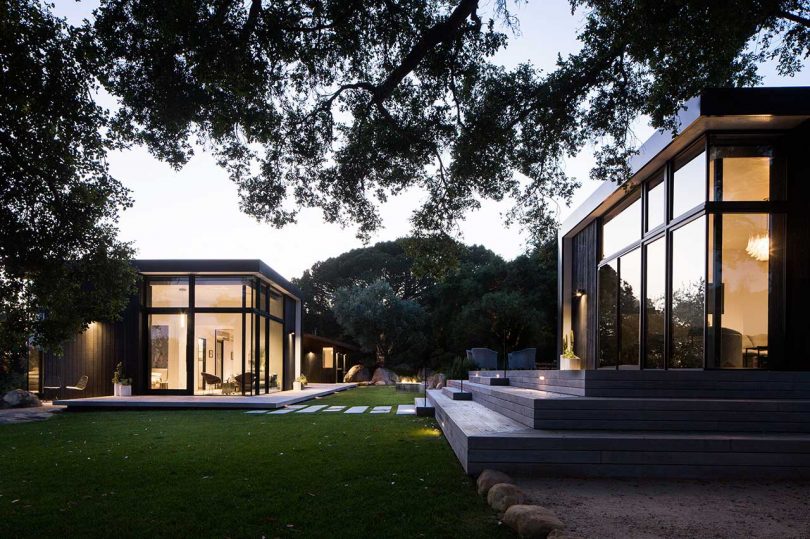 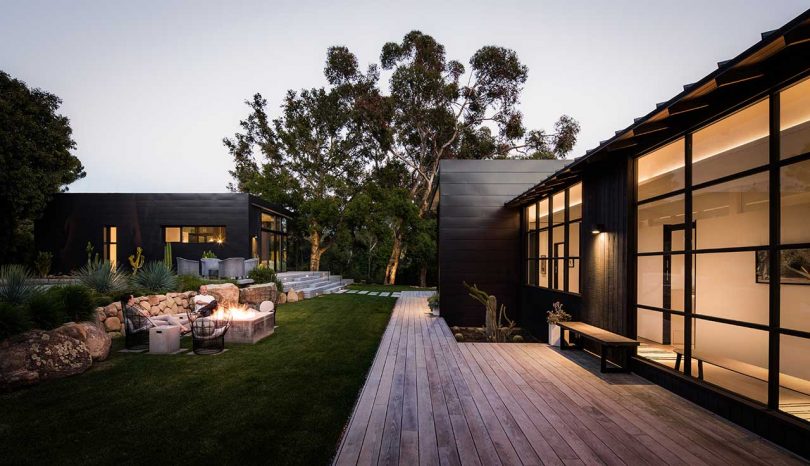 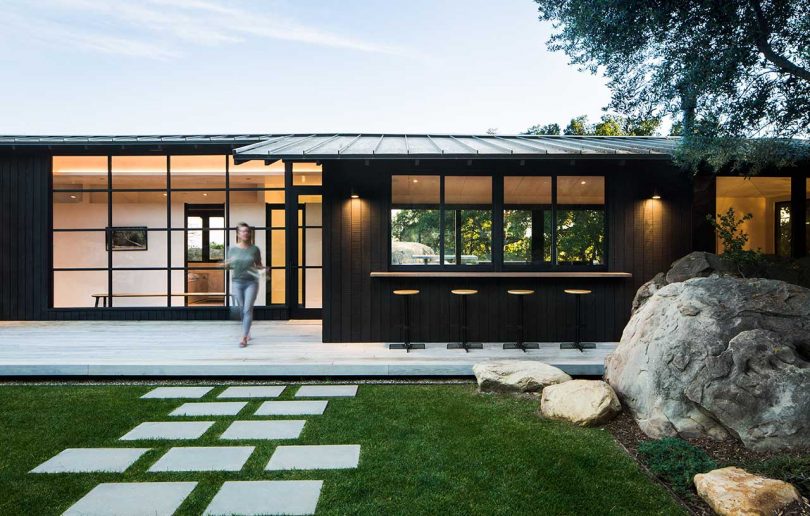 A stepped pathway joins the two structures with a garden courtyard in between. 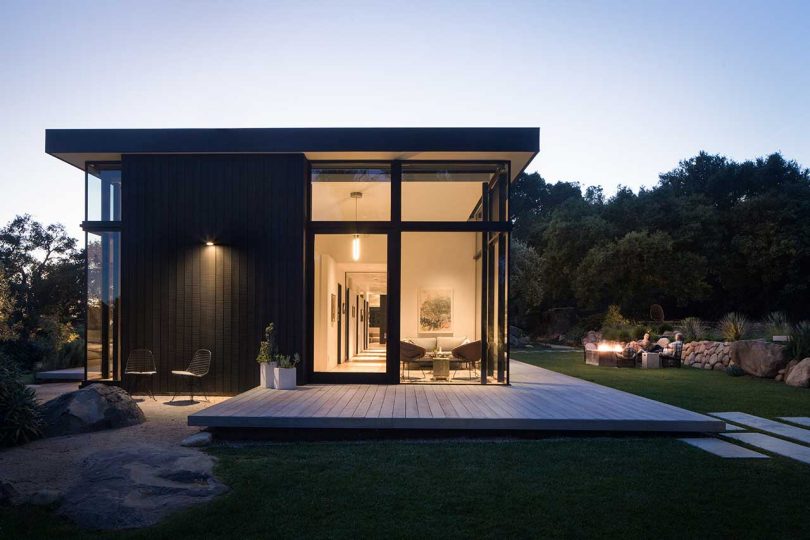 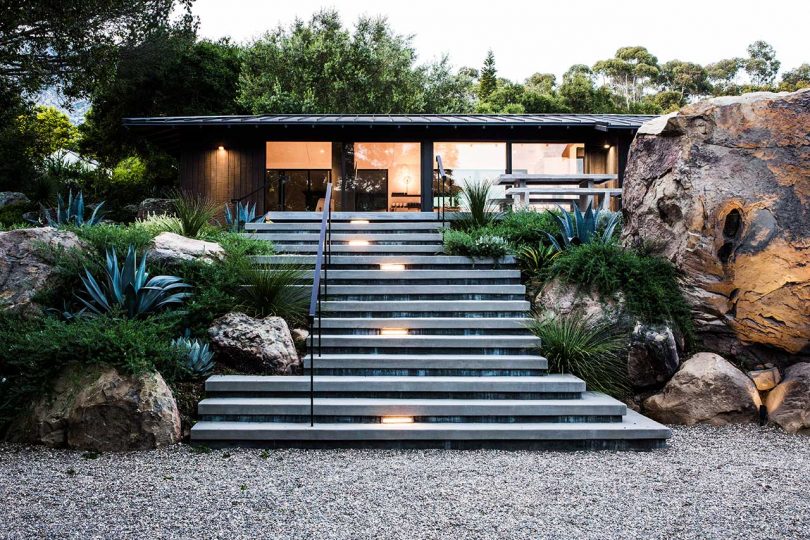 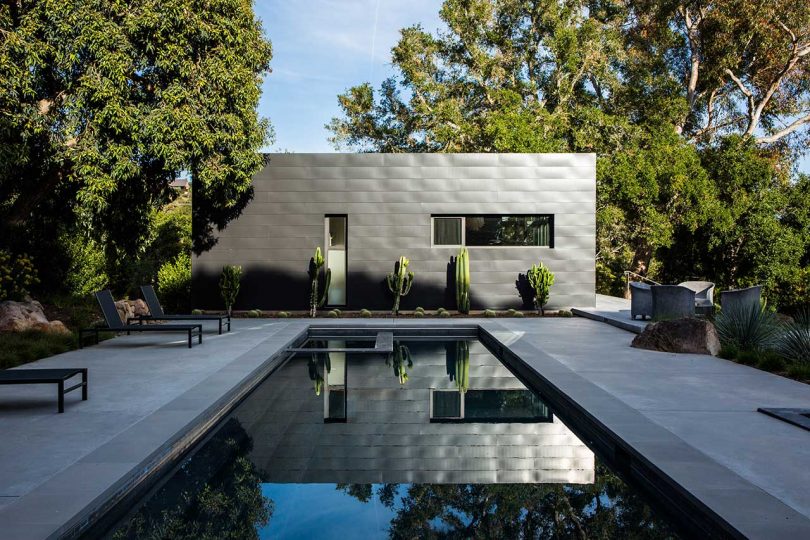 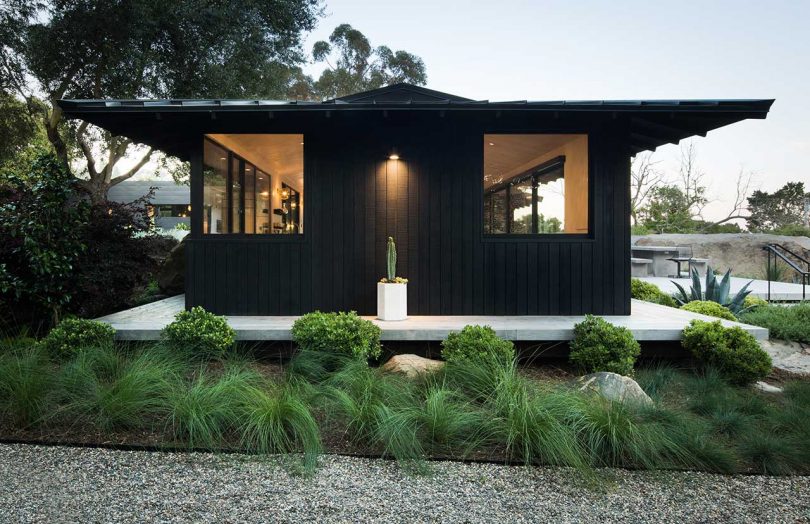 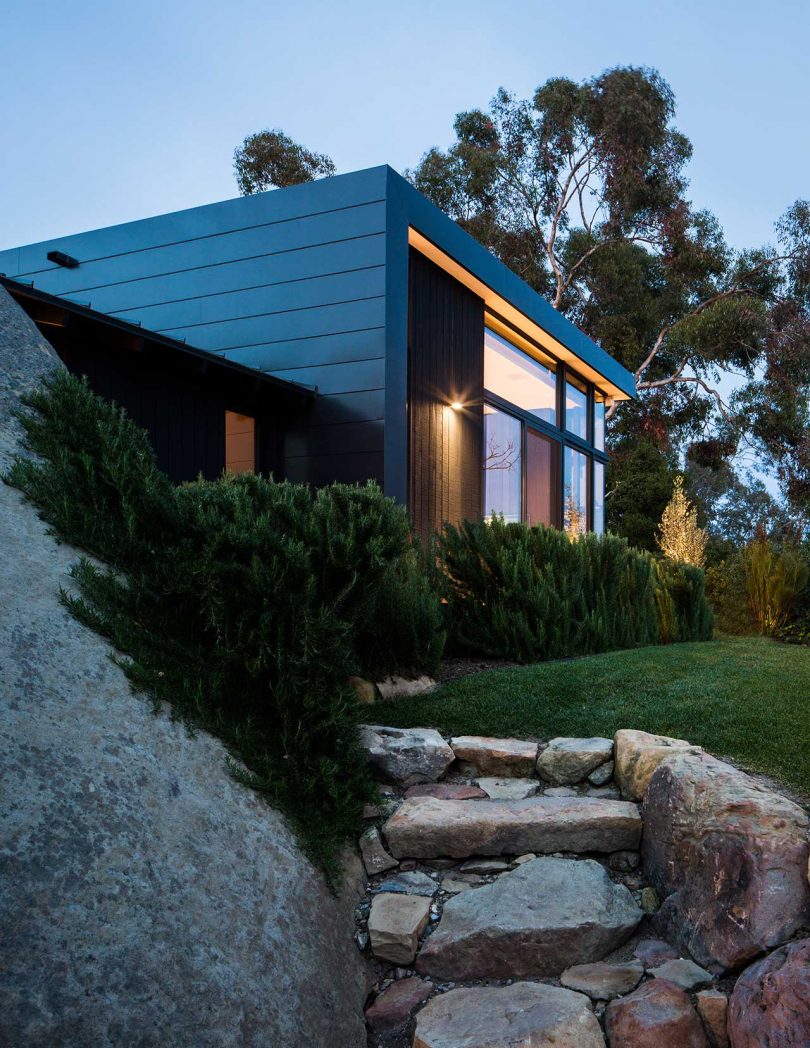 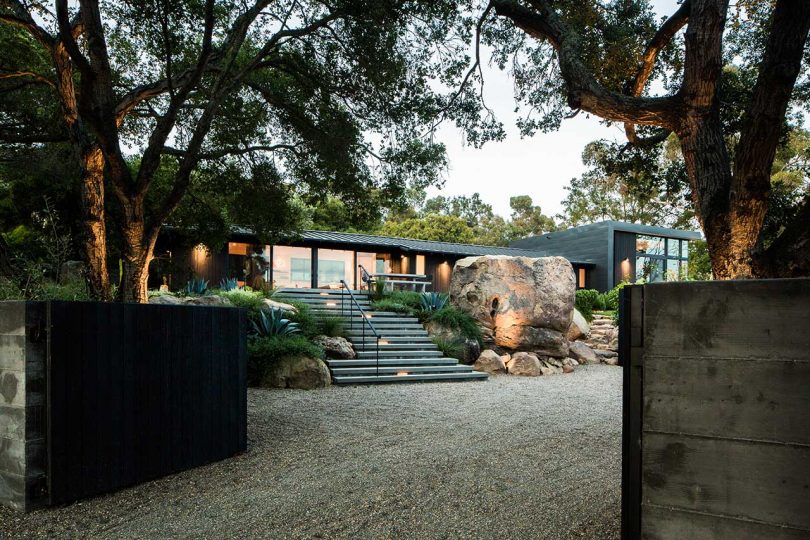 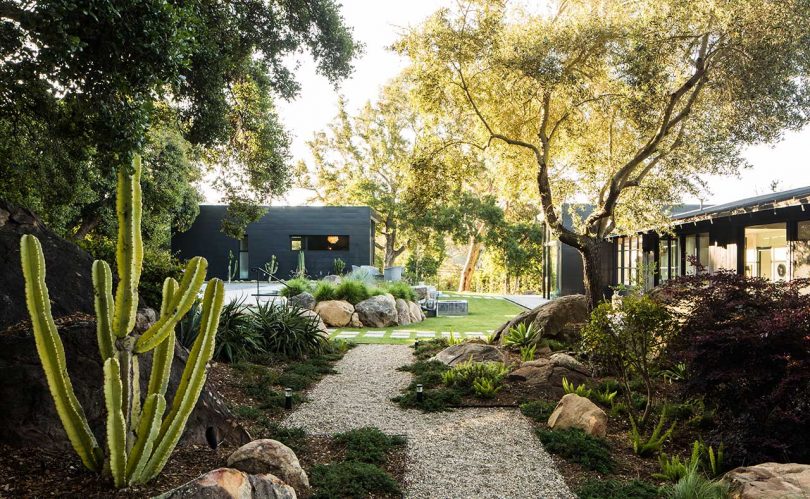 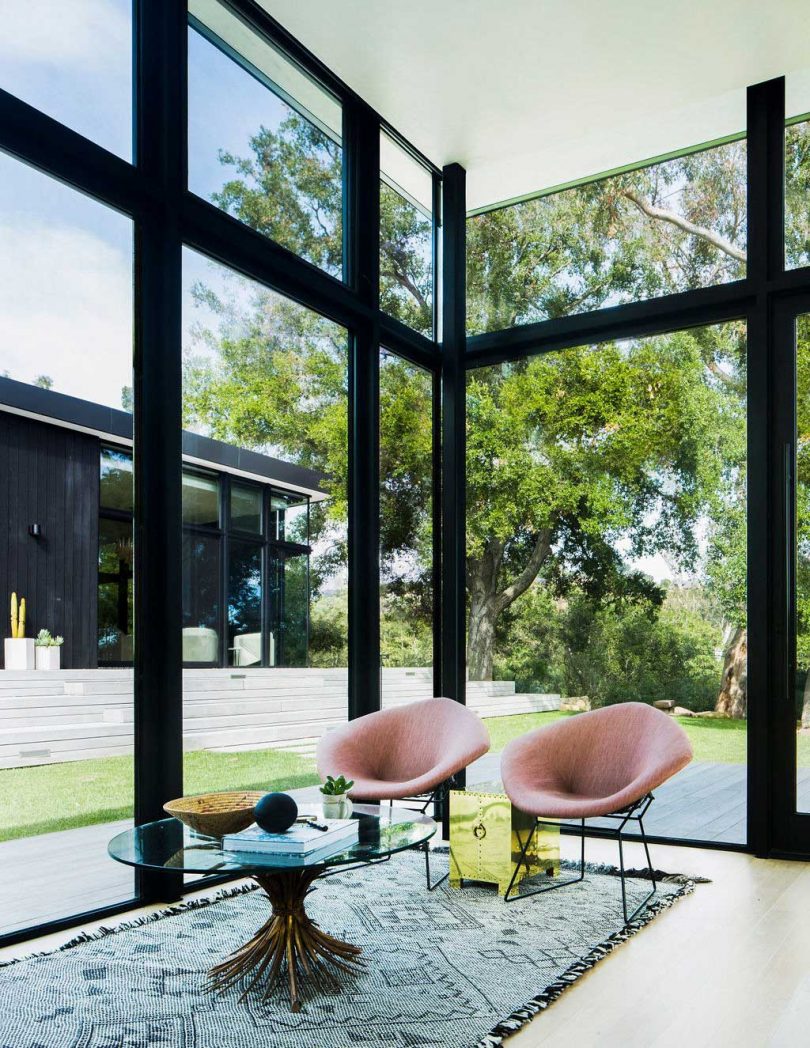 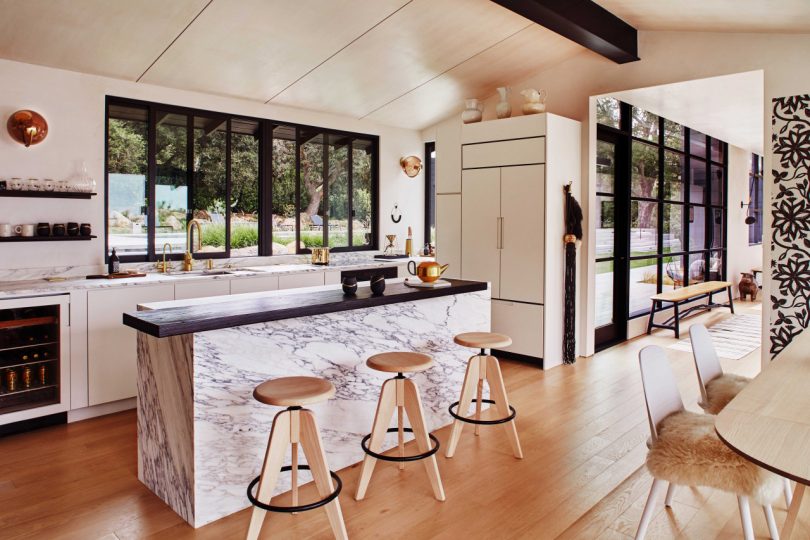 The light-filled interior is designed by House of Honey who gives nod to the property’s Zen and artistic past when it was inhabited by a collective of bohemian poets, writers, and artists. Original elements are maintained and stones found on the property have been reused in the project. 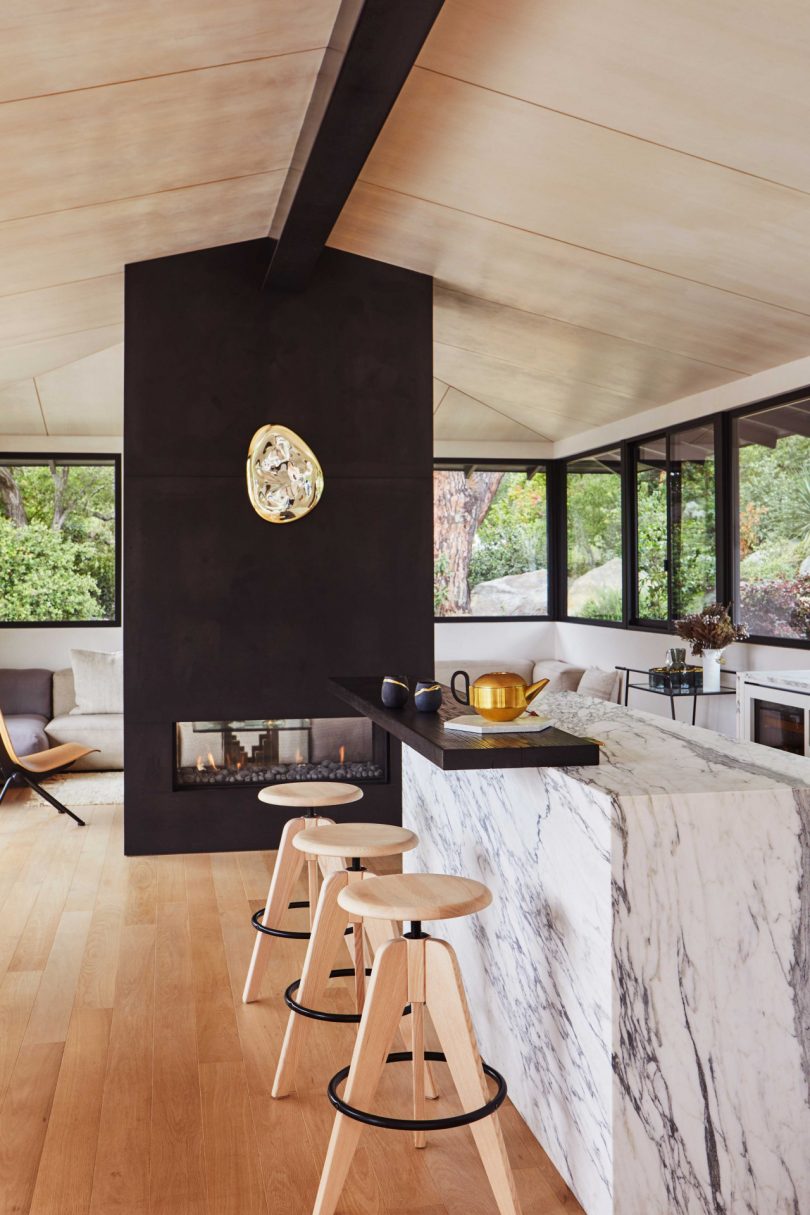 The ceilings are clad in birch veneer, which complements the light wood flooring throughout. 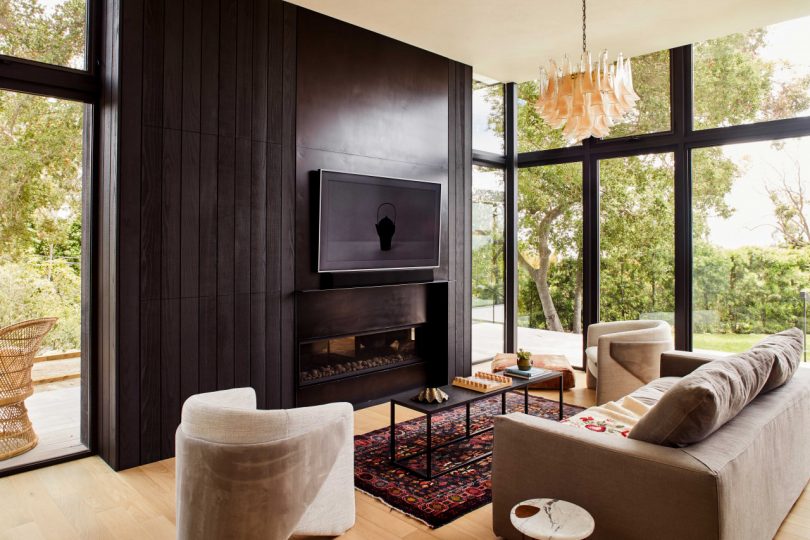 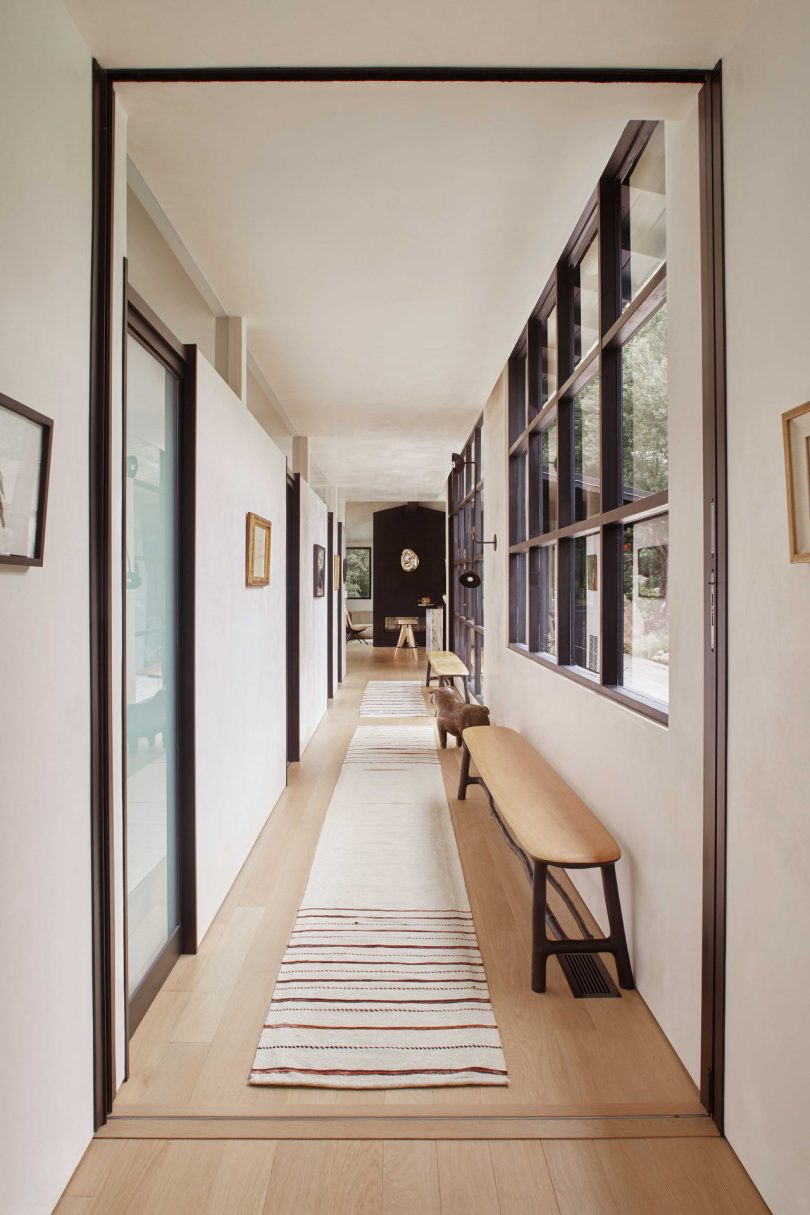 Photos by Jason Rickexcept where noted.

Caroline Williamson is Editorial Director of Design Milk. She has a BFA in photography from SCAD and can usually be found searching for vintage wares, doing New York Times crossword puzzles in pen, or reworking playlists on Spotify.